In its 2000 years the Catholic Church has accumulated an attic full of oddness and a basement crammed with the bizarre. It’s part of the wonderful, rich tapestry of an ancient faith that spans the globe, a faith with mystery—that Three can be One—at its very heart.

For years, many Catholics—particularly American Catholics—tried to play down the strangeness of the faith in an effort to integrate with mainstream Protestant culture. Our distinctives—our ritual, our traditions, our history, our pageant—were seen as an embarrassment.

In truth, however, it’s just part of being a living faith. There are some good reasons for our attic of the odd.

For starters, the Church is missionary. It seeks into new territory and encounters people with a rich folklife of their own. Throughout history this created conflicts, but also inevitable synthesis, with Pope St. Gregory the Great charting the path forward by ordering missionaries not to tear down temples and force people to abandoned their pagan festivals. Rather, reconsecrate the temples and redirect the festivals toward honoring God through the saints and other feasts. This approach enabled a continuity between past and present when it was practiced, sometimes leading to the strange synthesis of folks practice, superstition, and true faith.

It can be an uncomfortable place at times. The dividing line between superstition and religion gets blurred, and we need to always make sure we end up on the right side of that line. Some of the curious customs I’ve encountered are on the wrong side. I don’t mean to imply approval simply by examining some of the byways and dead ends our faith has travelled, and since I’m a catechist I hope to explain what’s true and what’s problematic as I go along.

Catholicism is universal, and the Church is comprised of people, each of them straining to understand ineffable mysteries and cope with lives filled with great joy and unbearable suffering. Human beings in all corners of the world do this in their own ways, leaving their own distinct—sometimes distinctly weird—stamp on our faith. From our vantage point in the 21st century we may look at chapels made of skulls and gilded shrines to bear the toes of saints in procession as unbelievably alien. We need to see beyond that to the common impulse that drives us to better understand our world and the mind of God.

Catholicism is sensory. John Adams famously observed of the mass:

This afternoon’s entertainment was to me most awful and affecting; the poor wretches fingering their beads, chanting Latin, not a word of which they understood; their pater nosters and ave Marias; their holy water; their crossing themselves perpetually; their bowing to the name of Jesus, whenever they hear it; their bowings, kneelings and genuflections before the altar. The dress of the priest was rich white lace. His pulpit was velvet and gold. The altar-piece was very rich, little images and crucifixes about; wax candles lighted up. But how shall I describe the picture of our Savior in a frame of marble over the altar, at full length, upon the cross in the agonies, and the blood dropping and streaming from his wounds! The music, consisting of an organ and a choir of singers, went all the afternoon except sermon time, and the assembly chanted most sweetly and exquisitely.

Everything which lay hold of the eye, ear, and imagination, and I’d add smell, touch, and taste. You have five senses, John: why do you insist one using only one of them at worship? And why do you consider it a “spell” worth breaking to deny the power of the others to convey the richness, majesty, and mystery of God?

Naturally, things that appeal to senses in one time appeal differently or have different meanings in another. Why are medieval religious manuscripts full of fighting snails and angry bunnies and creatures dredged up from the deepest pits of nightmare? Because they spoke in a language that meant something to people of the time. It’s worth retrieving that language to understand how the experience of faith endures and changes over the centuries.

Catholicism is supernatural. There’s no escaping that. The supernatural is fundamentally at odds with modernist radical materialism, which believes that all experience and phenomena can be explained by physical causes. We have no such need. Physical causes explain physical phenomena. Not all phenomena are physical. This is not a hard concept. 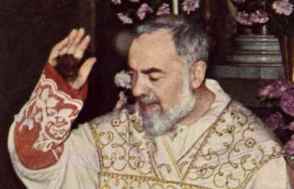 Padre Pio bled from the stigmata, bilocated, read souls, and appeared in visions. The skeptic has to provide a long chain of explanations for each of these, waving away multiple levels of eyewitness testimony, claiming a good and holy man was a vicious and blasphemous fraud, dismissing numerous reports, and finishing with a little sneer. All we need to do is say, “Padre Pio was a saint,” and the miraculous phenomena explains itself. There certainly are frauds and fakes, but there comes a point where a mountain of evidence is evidence of a mountain.

Finally, weird things are just fun. I grew up in a weird decade: the 1970s. I was raised on In Search of, Ripley’s Believe it Or Not, bigfoot sightings, fake Loch Ness Monster 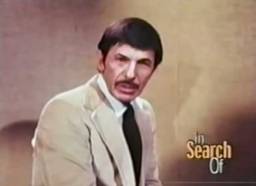 photos, and UFOs. Though we didn’t know it at the time, we were being exposed to a tradition called Forteana, named after the author Charles Fort. Forteanism is the study of the anomalous, the strange, and the out of place. Fort himself liked to tweak the established model, whether it was in science, religion, or philosophy, by pointing to the things that don’t fit that model. It’s a middle ground between skepticism (which tends to deny eyewitness reports that lack physical evidence) and parapsychology (which can be overly credulous). The Fortean is content with saying, “Look at this town in Russia where it rained frogs. That’s interesting, isn’t it?”

Being Catholic in the modern world is fundamentally weird, and thus appealing to those in every generation who want to break free from the ordinary and experience the fullness of life in this wonderful, strange world.

As I was preparing this site, I was asked if it was like something called “weird Catholic Twitter.” I’ve stopped using Twitter, but from what I can tell “weird Catholic Twitter” is made up of millennials who seem at ease with our strangeness and even welcome it as a counter-cultural act. Good. Look around you. Is American culture healthy right now? I don’t relish the crack-up of the monoculture/subculture division that dominated American life for so long. By that I mean the erosion of a shared cultural language for the majority with smaller groups exploring their own interests in subcultures. (For me, when I was young, that meant certain kinds of heavy metal music, fantasy and horror fiction, and comics–all things that went mainstream.) It’s creating all kinds of strife to have nothing but subcultures speaking different languages from sea to shining sea, narrowcasting of entertaining, and the dissolution of a common language for the public square. We’re going to have to work out some way to live with each other and talk to each other.

The title and the logo (by John Herreid) for Weird Catholic are inspired by the most influential of all pulp fantasy magazines, Weird Tales. This is the magazine that gave us H.P. Lovecraft, Clark Ashton Smith, Ray Bradbury, Robert E. Howard, Seabury Quinn, Robert Bloch, and many others who defined strange fiction for generations. (Bragging time: I knew three men who knew Lovecraft.)

Weird Tales authors shaped my childhood, and long before any of this was available on bookshelves in easy-to-find paperback editions, my friends and I sought out dusty bookshops and crumbling pages for tales of Cthulhu, Conan, and Zothique. It’s part of my mental wallpaper, along with Jack Palance growling “believe it! … or not!” and Boggy Creek. These things set their hooks deep.

It seemed like a good visual match for a site dealing with the peculiar side of thing.

I’ve been a journalist most of my adult life, first in technology, and for the last decade in religion. If you read computer magazines in the 1990s and early oughts, particularly computer gaming magazines, you read my stuff. Before that I worked, briefly, in film and television production. I write all kinds of stories, but I keep coming back to the odd little corners of Church History and life that I find so fascinating.

You can find some of my work on the National Catholic Register, and if long lists light your fire you can check out my bibliography. I have a graduate degree in Theology with concentration in Church History, as well as undergraduate degrees in Film Production and English, and I’m a certified catechist for the Diocese of Trenton. I’ve taught religion, sacrament prep, and Church History to children, teens, and adults since 2003.

My main area of interest is medieval popular piety, which is a slippery subject because it lacks genuine primary documentation. (The voice of the medieval commoner is always mediated by the lettered elite.) In particular, I’ve spent a lot of time on how attitudes towards death, dying, the soul, and the afterlife evolved from antiquity to the middle ages, particularly in the way those shifting attitudes are reflected in theology, folklore, funerary practices, and accounts of ghosts, revenants, spirits, and other apparitions. You’ll find Weird Catholic returns to these subjects with some frequency.

I’m a faithful Catholic who believes all the Church teaches–spiritually Benedictine, theologically Augustinian and Ratzingerian, liturgically tradition-mind, attitudinally Fortean, politically Distributist. My only hobbies are reading, old movies, and board games. I live in the New Jersey Pine Barrens with my family. I have never seen the Jersey Devil, but my children are descendants of it.

Our Sunday Visitor did a very nice writeup on the site.