The Benedictine Abbots of Bury St. Edmunds, West Suffolk, discovered in 1902 by medievalist and ghost-story writer M.R. James. The graves had been lost since the dissolution of the monasteries under Henry VIII, but found after James came across a manuscript fragment in France and supervised the excavations.

In addition to being one of the most influential writers of weird tales, James was a scholar whose work on manuscripts and Biblical apocrypha is still cited today. An antiquarian finding a manuscript that leads him to dreadful secrets is a familiar motif in his stories. 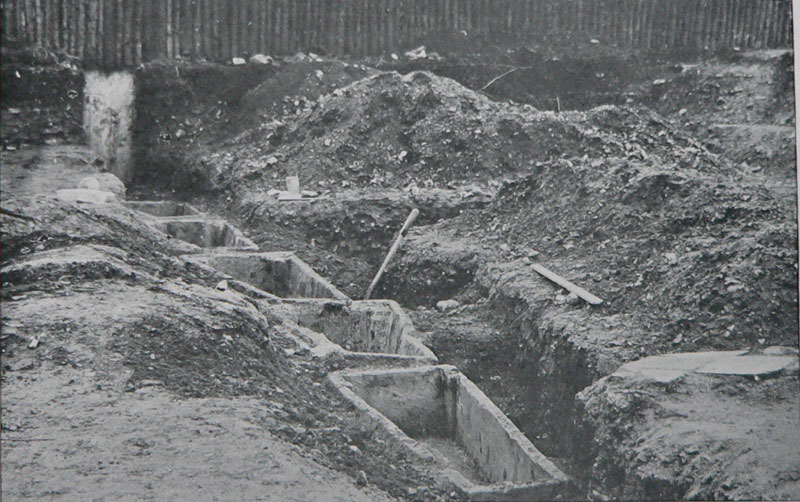