A story is circulating about the principal of Manchester Elementary School in Omaha ordering a comprehensive ban on all Christmas or holiday themes in the classroom, including Santa, trees, reindeer, and the colors red and green. I’m not going to belabor the culture wars angle here, since the fine folks at Liberty Counsel wrote a letter to the board of education and got the order rescinded. The principal, Jennifer Sinclair, is being given some extra vacation time to learn how to be less of a bigot, while teachers are safe to wear red again and mention Certain Hoofed Ruminants. Happy endings and all that.

I want to focus on one bit of fakelore that the principal added to her list of verboten things. In it, she writes

‘Historically, the shape is a “J” for Jesus. The red is for the blood of Christ, and the white is a symbol of his resurrection.’

First, if it’s true, so what? We’re suppose to pretend Jesus doesn’t exist and eliminate something because it has a Christian origin?

Second, as a teacher should know, if you’re going to claim a fact “historically,” you need sources, submitted on index cards with your outline, rough draft, and a bibliography by Tuesday.

A lot of stories are told about the origins of the candy cane. One reason to use Wikipedia with extreme caution is because it gives evidence-free tales like this the veneer of fact:

According to folklore, in 1670, in Cologne, Germany, the choirmaster at Cologne Cathedral, wishing to remedy the noise caused by children in his church during the Living Crèche tradition of Christmas Eve, asked a local candy maker for some “sugar sticks” for them. In order to justify the practice of giving candy to children during worship services, he asked the candy maker to add a crook to the top of each stick, which would help children remember the shepherds who visited the infant Jesus. In addition, he used the white colour of the converted sticks to teach children about the Christian belief in the sinless life of Jesus. From Germany, candy canes spread to other parts of Europe, where they were handed out during plays reenacting the Nativity. As such, according to this legend, the candy cane became associated with Christmastide.

Here, let me show you all the evidence for that entry: 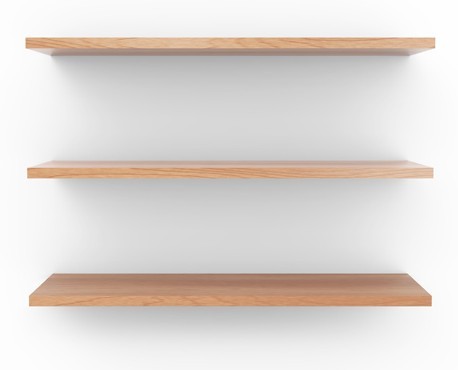 If something sounds like an etiological myth–that is, a story told to explain why something is the way it is–it often is. A specific date and location gives the illusion of history, but it’s far enough back in time that we really can’t check it, and I will pay $2.50 to anybody who can connect that date to a piece of solid evidence.

Oddly enough, the same rules that allow me to say the Cologne 1670 story is probably fake also prevent me from saying it’s conclusively fake. Who knows? Maybe confectioners were making Jesus-candies in the 17th century to shove in the gobs of noisy liebchens at a creche. It just seems unlikely, and it’s certainly unproven.

So what about the red as the blood and the white as resurrection? Not sure where she got that, since even in the fakelore sources, blood isn’t mentioned and white is for sinlessness, not the resurrection. It sounds like something a Sunday school teacher would say to turn a treat into a lesson.

As for the J, that’s also not on the radar. The stick is a common shape for hard candies. It’s certainly plausible that the end was curved to make it seem like a shepherd’s crook, as in the Cologne story about the creche. Less plausible is the notion that it’s the letter “J,” no matter what your CCD teacher said. How often is a candy cane seen with the curve at the bottom? It’s shown at the top, usually hanging from a Christmas tree. There’s a 1998 children’s book by Alice J. Davidson called The J Is for Jesus: The Candy Cane Story, from Christian publisher Zondervan. Maybe Principal Sinclair encountered it when she was a young and idealistic student teacher dreaming of the day she could crush the joy out of the holidays.

Then again, some take the debunking too far in the other direction. In a weird little drive-by piece in Smithsonian, one writer concludes that “it’s unlikely Christians invented the candy cane.” Given its origins as a European candy some time between the 17th century (the earliest time claimed) and the 19th century (the first surviving print references), it seems probable that a Christian did “invent” it. Someone had to.

There is a bit of real religious history connected to the candy cane, and it’s even courtesy of Team Catholic. The machine used to twist candy canes is called a Keller Machine. It was invented in the 1950s by a priest, Fr. Gregory H. Keller of the Diocese of Little Rock, for his brother-in-law’s candy company.