By all accounts Fr. James Edwin Coyle was a good and holy man. Born in Ireland in 1873 and ordained in Rome 23 years later, he wanted to serve in America, where Catholics were having a hard time of it, particularly in the south. 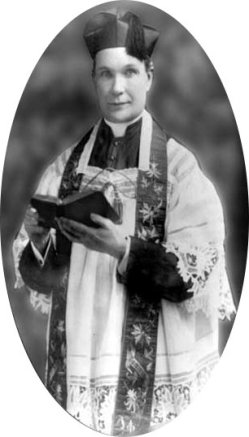 Alabama was not a great place to be Catholic at the time. The promise of jobs had brought people flooding into cities like Birmingham, but they were regarded by the locals as foreigners and followers of an alien and dangerous creed. The Ku Klux Klan was entering a new phase of activity as a nativist organization looking to keep America safe from foreign influence, particularly Catholics and Jews.

Anti-Catholicism was their bread-and-butter, and there was a widespread belief that organizations like the Knights of Columbus were stockpiling weapons. On the orders of the pope, the rumors went, Catholics would rise up and overthrow the government. Some states passed laws allowing warrantless searches of convents and other religious buildings for these weapons. Anti-Catholic riots broke out in various southern states, and in 1916 Birmingham elected people from nativist groups to local offices. Catholics were fired from state jobs, other businesses were harassed for employing them. Guards needed to be added to churches, and even then some were burned.

In 1904 Fr. Coyle was made pastor of the Cathedral of St. Paul in Birmingham, where he ministered to this besieged population, defending them to the best of his ability and facing routine death threats for his efforts.

This tinderbox finally exploded on in 1921. That year, Ruth Stephenson, the daughter of a methodist minister and Klansman, converted to Catholicism against her father’s wishes. On August 11th, Fr. Coyle presided over a wedding between Ruth, aged 18, and a “dark-skinned” Puerto Rican named Pedro Gussman. 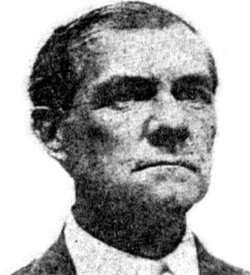 About an hour after the wedding, Fr. Coyle was relaxing in a rocking chair on his rectory porch in the heat of a summer afternoon. An enraged Rev. Edwin R. Stephenson walked up and fired three shots, killing Coyle almost instantly. Stephenson turned himself in at the police station a block away.

The Klan Defends Their Own

The trial was a farce. The Klan raised funds for the defense, and Stephenson hired Klansman Hugo Black as his lawyer. The judge, William E. Fort, was also a Klansman, as was the foreman and other members of the jury.

No one was ever punished for murder of Fr. Coyle. After spending ten years as a U.S. Senator, Hugo Black was appointed an Associate Justice of U.S. Supreme Court by F.D.R., where he served until 1971.

The marriage between Ruth and Pedro was annulled and they never saw each other again. In 1931, Ruth died of tuberculosis, having abandoned Catholicism. Pedro was killed by a hit-and-run driver three years later.

Stephenson lived until 1956 and died peacefully in his bed at the age of 86.

Sharon Davies writes about the Coyle case in Rising Road: A True Tale of Love, Race, and Religion in America.